Herman Boerhaave (1668 -1738) is as ‘Leids’ as it gets. Apart from a short period at the University of Harderwijk, he never lived or even travelled outside of the Leiden region, where he was born and died. His grave can be visited in the Pieterskerk.

Despite his lack of travel, he was a true homo universalis, an all-round intellectual that mastered multiple sciences, including botany, philosophy and mathematics. However, he is most known as a physician, having brought medical studies back to the bed of the patient, teaching his pupils to learn from observation rather than textbook memory. This earned him the nickname ‘Dutch Hippocrates’, after the ancient Greek physician whose methods he so admired.

He became so famous, that people from all over the world travelled to Leiden to meet him, consult him or see him at work. Today, it is hard to forget his name too. Throughout the Lowlands his name is given to hospitals, streets, museums and schools. Especially in Leiden, many locations are associated to Boerhaave in some way, including the building you are standing in front of…

Your challenge is to identify the answer to this first puzzle using the image below. You will have to find the spot from where your view aligns with the perspective of the image. Only then will the answer reveal itself. This is a puzzle that requires you to use the space and sightlines around you, so don’t forget to move about and search for the answer! (Don’t worry, you won’t have to go too far).

What phrase hides behind the X? 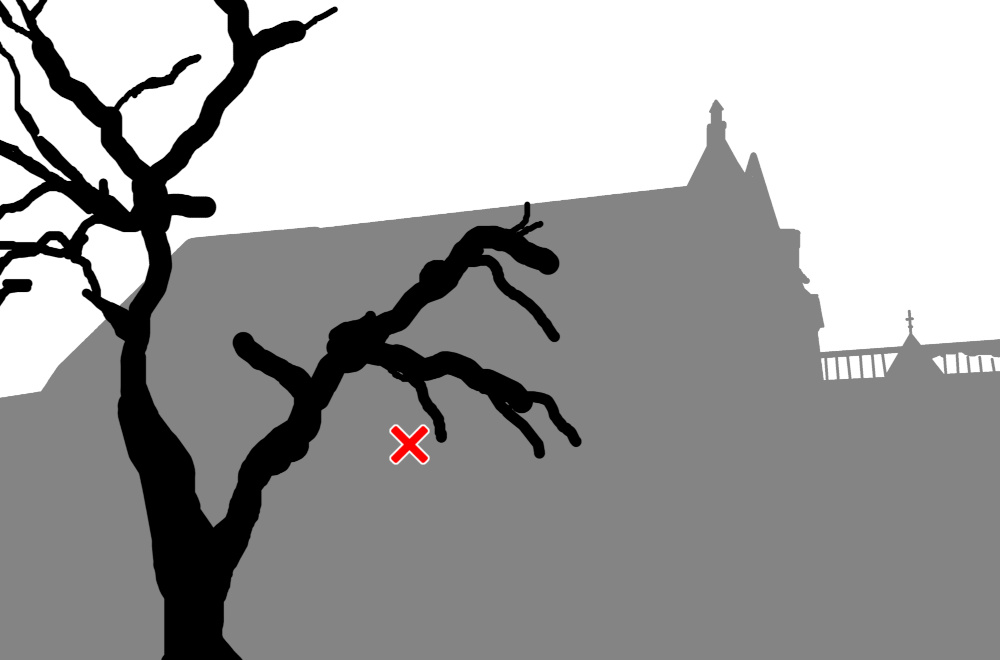