The house in front of you is the former residence of Philipp Franz von Siebold (1796 -1866), a German physician and botanist. He is best known for his travels to Japan and the Dutch colonies of the East Indies. His collection of flora and fauna from these regions is why he is well known to this day, for he introduced many new species to the Western world. He was also the one that enabled the Dutch to start planting tea, for he had smuggled seeds out of Japan.

Originally, he kept his collections of foreign plant and animal species in Antwerp and Brussels. When in the 1830’s it became apparent that Belgium would split from the Netherlands, he moved his entire collection to Leiden. The Hortus Botanicus still holds many of the plants that Siebold brought over centuries ago. It is also because of Siebold that Leiden will forever have a connection to Japan, as is symbolised in the Japan Museum or ‘Sieboldhuis’.

Below you will find a traditional Japanese puzzle called a nonogram. It is up to you to mark the 20×20 grid according to the numbers on the side. Be sure to keep to the following rules:

(Use this pdf to help you, or take an editable screenshot with your phone).

What is depicted on the finished nonogram down below? 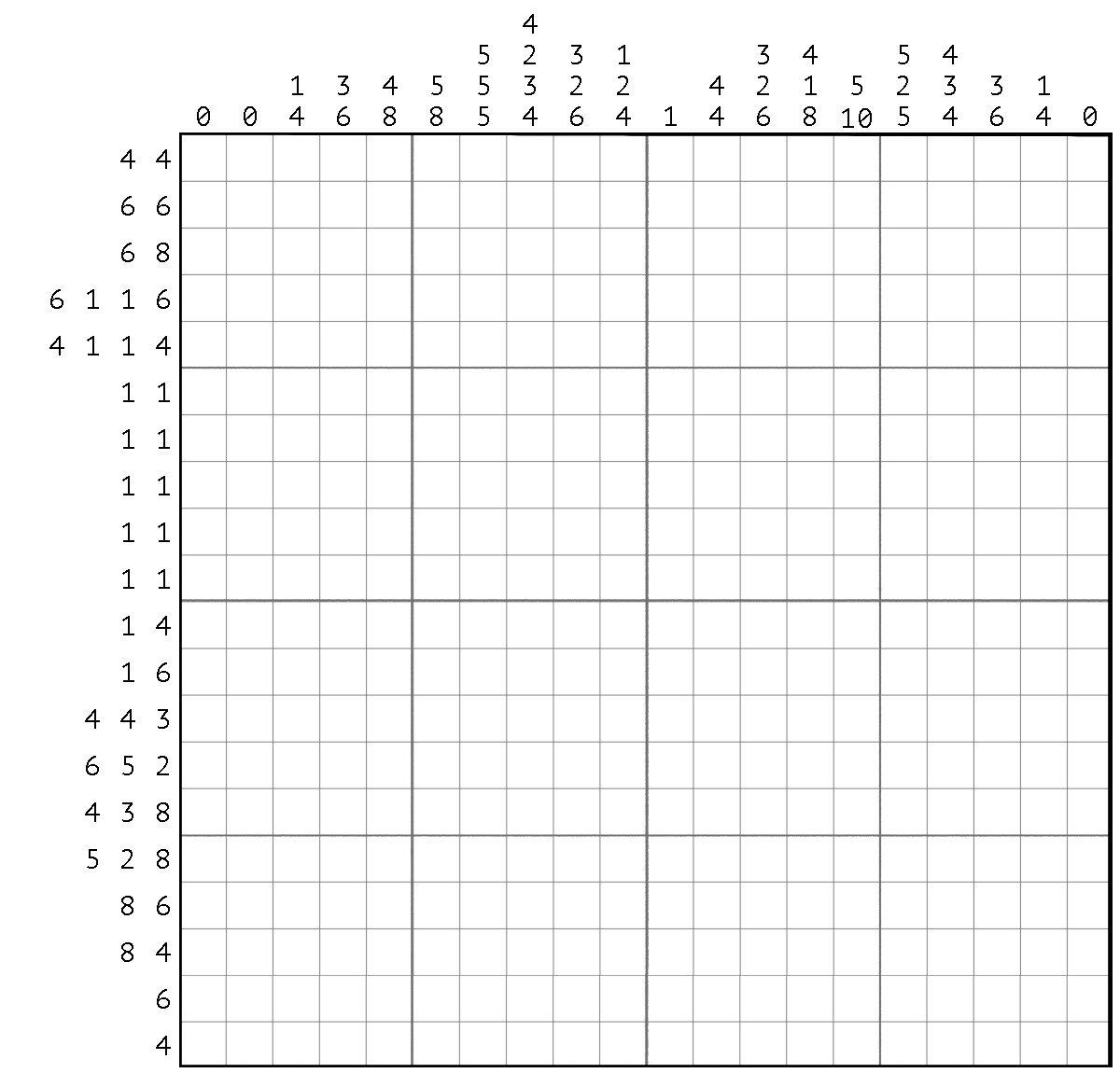