Carolus Clusius (born Charles de l’Écluse, in 1526 in the North of France) travelled across Europe, collecting and studying plants, before coming to Leiden, where he would live until his death in 1609. He was one of the world’s first botanists and introduced many exotic plants to the Low Lands (such as the Turkish tulip). At Leiden University, he became a professor and the first prefect (director) of the university’s botanical garden, which he helped establish.

Clusius pioneered 16th-century botany, a study rooted in the Renaissance and the resurging interest in science and nature. His hortus medicus has been recreated near its original location, based on the extensive notes Clusius left behind. You can see it in front of you. Renaissance gardens followed strict patterns. The Clusius garden was a strict square divided into four quarters, each representing a different continent.

The garden is represented by the grid below. It is up to you to fill the garden with plants according to the following set of rules:

(Use this pdf to help you fill out the sudoku, or take an editable screenshot with your phone).

What types of plants grow in squares A1 and C3? 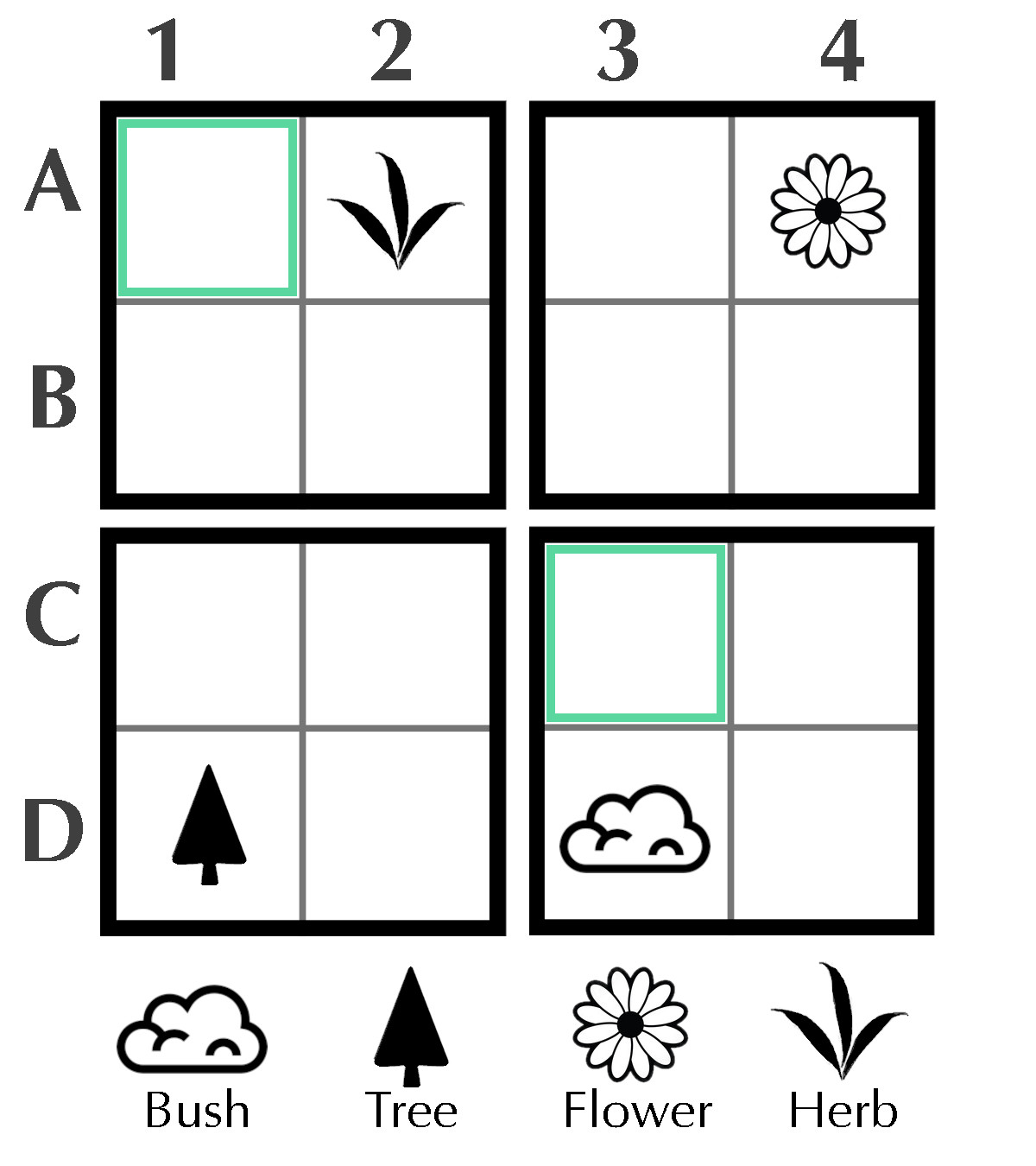